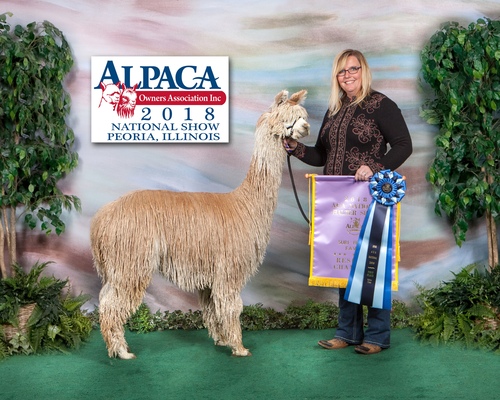 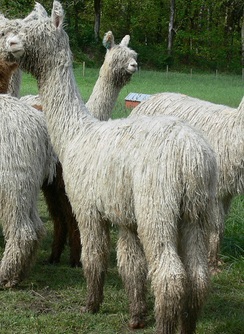 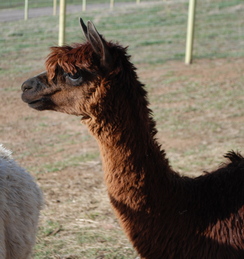 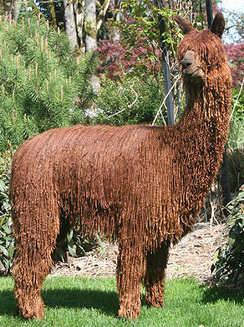 Standing in Colorado starting in May of 2021! This Accoyo Inca Grandson has incomparable style and his appearance on the show ring circuit confirms this assessment with a total of 11 Blues, 2 Color Championships and 6 Reserve Color Championships to his credit. Chesnimitz is one of those youngsters that had "it" from the day he was born. His sire is a highly decorated MacGyver son out of the Snowmass breeding program's, Grand Marnier and his dam is a Peruvian Inca daughter, LCA Inquita that ...
More Details
Ask For Price
Ask a question
Details
Certificate Histogram EPDs
We are quite excited about this little girl. Covered from head to toe in dense, lustrous locks, she is stunning to look at. We are extremely pleased with how she is developing, maintaining independent lock and luster with a wonderful hand. Primrose won 2018 AOA National Reserve Champion Fawn Female! She had a stunning dark fawn female cria by Sniper in 2021, and her 2020 fawn female cria is a 4 time champion and is now pregnant herself!
Awards 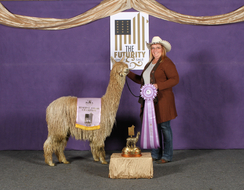 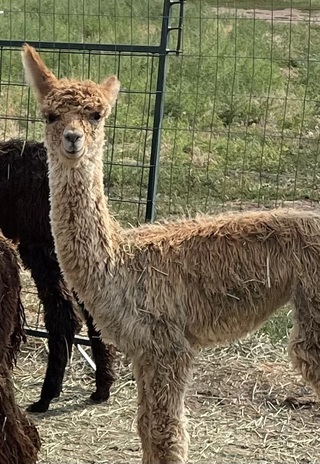 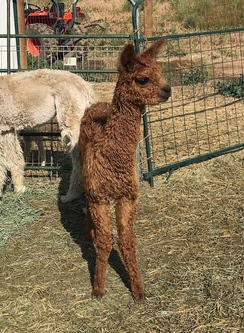 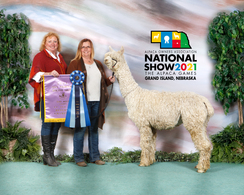